Go with the Flow: Streamlining Your Post-Production Process 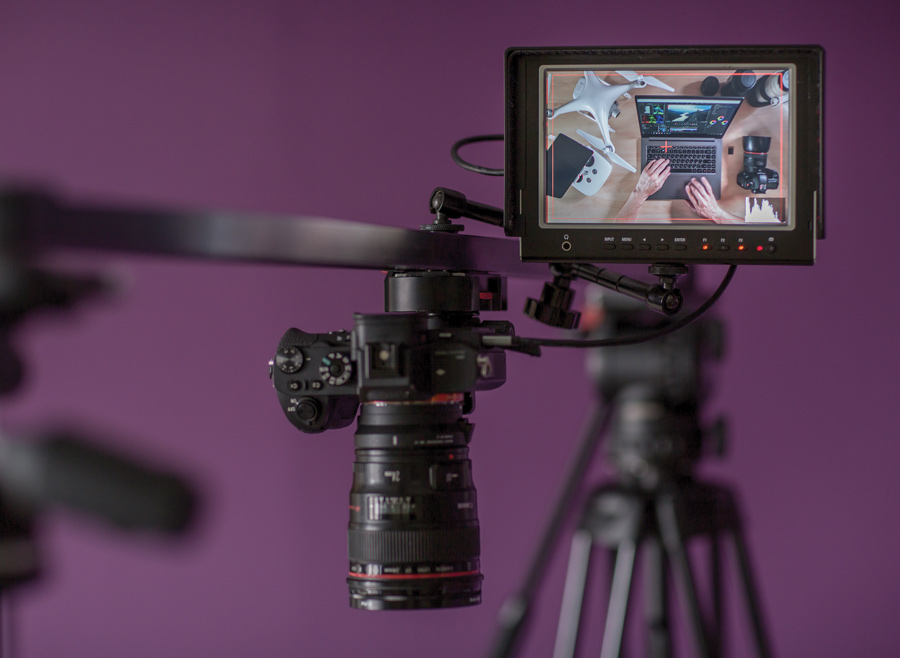 For all the artistry that goes into making a documentary, successful productions always rest on a sound technical foundation.

“We talk so much about aesthetics and cinematography, but we don't talk about how we make these things for real, and it's like, ‘How do you mix your paint?’” observes producer/editor Doug Blush. “That'd be like, ‘Picasso's great but he hasn't figured out how to mix his paint,’ right?”

To better understand how to mix the paint—that is, what to consider, especially when approaching the editing and post-production process for a nonfiction film—Documentary went back to Blush and fellow expert Matt Radecki of post house Different by Design. Five years ago we asked them for their best advice on digital media workflow; as a new decade opens, they offered fresh insights.

DOCUMENTARY: What do you see as the biggest issue in day-to-day documentary post-production?

DOUG BLUSH: It’s the advent of 4K and even bigger, 6K even. [In 2015] we were just really starting to go there. And now we're there. Most stuff is sourcing on 4K, it's being shot that way, and then the question to figure out is, Do you do proxy [editing] or do you have a machine that's fast enough to work with 4K natively? And the answer, for the most part, is that you’ve got to work with proxies because it's just so big.

A lot of people master in 2K or in HD and then they may up-res their show [to 4K]. But if you sourced in 4K, then what you probably want to do is go through the process of transcoding the footage from 4K into HD proxies, and you edit with the proxies so that you can edit quickly and efficiently. Then at the end, when somebody like Matt takes it, you match back to your original footage.

MATT RADECKI: When we do a proper online of a movie, we reconnect to the camera original material. Quite often for a festival premiere, we may only be making an HD output and 2K DCP, but we're still linked to the 4K original material. So if they sell it to a distributor who requires 4K, it's just a matter of re-exporting it as 4K.

D: What should filmmakers be thinking about when it comes to shooting video?

People go out and shoot a bunch of different formats, then they throw it all on a timeline and start cutting and then it's time to post and I ask, “What’s your aspect ratio?” And they say, “I don't know. We got a bunch of mixed-up stuff in it.” The path of least resistance is to shoot 16x9, but that's not necessarily what every film needs. Ultimately, that's a creative decision but all things being equal, [shoot] 16x9 and the DCP will be flat 1:85:1 with a small pillar box added.

D: What about frame rates?

MR: We still do lots and lots of frame-rate conversions. Occasionally some people come in like, “Oh my God, we set our camera wrong for that interview,” or, “We hired a crew in Singapore and they shot 25 [fps].” That happens from time to time, but modern acquired footage is pretty much straight up 23.98 at this point.

D: Where do things stand with editing system options?

DB: The famed platform wars continue. Just like Mac vs. Windows. There are four players now that are really out there. There's obviously Avid, always; Premiere always; Final Cut Pro X has its fans. Black Magic with [DaVinci] Resolve has come on strong with an editing program that also does finishing and color. [But] it’s still kind of a two-way race in the doc world between Premiere and Avid. I like them both for different reasons.

Premiere keeps adding features and new things, but along with that comes bugs, of course. Avid just revamped their interface with their new version, and I think they made it to be more Premiere crossover-friendly—like, bringing those younger editors over and giving them familiar tools.

D: What are your observations about sound design?

DB: I think the greatest leap that docs have made in the last decade or so is really paying attention to sound design. If you're thinking about sound, you've got a whole extra tool, a whole extra universe that you're tapping into.

You should be planning that from pre-production, saying, “What kind of film is this sonically? Is it going to be enhanced with a big score? Is it going to be ultra [Frederick] Wiseman-y—what happened there is what happened and we'll just clean it up?” And also, how you sound-record [is a major consideration]. Obviously, there's the old shotgun mic on the camera and you're running and gunning and getting what you get, or there's some really careful decisions like, Do we take a bunch of 360 or 5.1 recording Zoom recorders out there or other kinds of digital recorders? Do we get tons of ambience? Do we have a crew person who's really thinking about sound all the time as well as sound-recording your interviews? That should all be very much budgeted in pre-production.

MR: I run a picture-finishing business, but if someone comes to me and they have a very limited budget, I always tell them spend the money on sound, not on picture. An audience can forgive an image that may be imperfect, but if they can't hear or understand what's happening, they will turn off the movie.

D: What should filmmakers keep in mind regarding archival?

MR: People working on a heavily archival film send me emails like, “Hey, I'm gonna get this footage from X-library. What should I ask them for?” And what I always tell people is [the library] doesn’t need to know what you're finishing to. What you want to ask for is the most native, closest to original of the material that they have. So if it's a standard def source, you want it standard def. You don't want them blowing it up to HD because if they mangle it in some way there's no un-mangling it. Get it as clean as possible and then let your post experts do their best at up-resing.

The one exception is if you're paying for film transfers. If you're hiring someone to scan, then most likely you're going to ask for 23.98 or 24 [fps] and either HD or 4K, probably full aperture. But if it's tape-based material, keep it native.

D: Ever since the Sony Pictures hack of 2014, filmmakers have had to be very cognizant of security issues. What’s your guidance on that?

DB: You don't want, let's say, a target of your documentary or a government that may not be friendly to it knowing about your project beforehand because then they can do all kinds of mischief, including getting in front of you and denouncing your project before it even exists or maybe trying to hack your system or intercept your communications. Those kinds of things are definitely threats. We didn’t use to think about that. Now we have to. You just have to be precaution-intensive. You have to protect how you trade files, how you even email each other. Are you using encrypted email to communicate the links? Are you using a service like WeTransfer, and how safe is that? I think firewalls and protection on computers are really important. People should not be able to just log right into your computer from anywhere in the world.

MR: From a security standpoint I think there are common-sense things that everybody can do. You know, passwords and encryption and password-protecting drives. People code-name movies; we do that. We're working on a couple of projects that have code-names so the name of the film isn't in any emails.

D: Once post is finished, what are the parameters for delivery?

DB: Every time we think we have a standard, they invent another one.

MR: It varies wildly depending on the buyer. But the one through-line to deliverables is that they are practically exclusively digital. Few distributors need tape outputs these days. It's all file-based.

D: There is DCP for cinema exhibition. Is there a DCP equivalent for streaming?

MR: Yes, an IMF package. The beauty of the IMF is that you can modify it without making it from scratch again. So if I send you a ProRes and I have a typo in a lower third, a lot of distributors won't accept a patch. You've got to send them another ProRes, whereas with an IMF you can create versioning files that take into account the original delivery, and there’s [something] called a CPL—like an EDL [Edit Decision List]—and it will reference the old file but then it will point to the patch for just the things that you change and you can keep updating the CPL and keep sending patches and it's an additive process. Netflix has really been the people pushing IMF. Once you kind of get your head around it, it's a pretty good idea.

D: We’ve talked about the present. What do you see coming down the line?

DB: You can begin to look at the future where we won’t have to proxy [edit] anymore. The new Mac that’s come out…If you buy all of the bells and whistles, or if you get a really hot Windows PC, the hardware can handle 4K and can cut multiple streams of 4K. But then here comes 6K and 8K and 25K, and who knows what’s coming next?

MR: The area we're moving towards is HDR. There’s a pretty steep learning curve there, but that's the next frontier for doc post and doc finishing. Essentially what it gives you is a wider dynamic range and so the darks are darker and the whites are whiter. Netflix has plenty of HDR programming. Apple TV+ hopes to have everything in Dolby Vision, which is Dolby's licensed version of HDR.

END_OF_DOCUMENT_TOKEN_TO_BE_REPLACED

In the Mix: A Practical Guide to Navigating the Post-Production Audio Process