‘Home’ Takes You to Homes Around the World 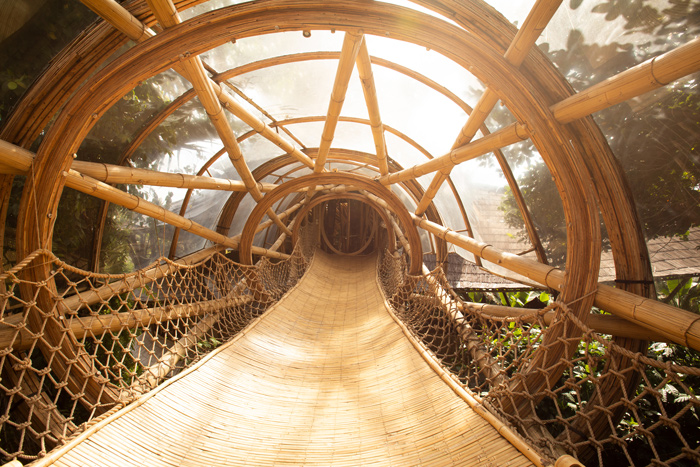 Apple TV+ recently premiered Home, a new docuseries about nine of the world’s most innovative abodes. The series was set to debut at SXSW in March, but due to COVID-19 the show never made it to Austin. That said, the city is featured in one Home episode called “Edgeland House.” Chicago (“Listening House”), Malibu (“Xanadu”) and coastal Maine (“Soot House”) also make appearances on the show. In addition to the US, Bali (“Sharma Springs”), China (“Domestic Transformer”), India (“Wall House”), Mexico (“The 3D Printed Home”) and Sweden (“Naturhus”) are highlighted in the series.

Two of the series’ executive producers, Matthew Weaver and Doug Pray, who also directed two episodes, spoke to Documentary about why they thought Apple TV+ was the right home for Home, the challenge of casting the show, and why the series is NOT Lifestyles of the Rich and Famous part deux.

DOCUMENTARY: You pitched the idea for the show to Apple TV+ in 2017. Why did you think this series was a good fit for the new streamer?

MATTHEW WEAVER: We knew that they were looking for high-end, quality and emotional stuff, and we were trying to do emotional stories about homes and homeowners. We were not trying to do Lifestyles of the Rich and Famous. We wanted to portray really emotional stories about the relationship between homes and homeowners and architects and homeowners. So it seemed like a natural fit for Apple. After we showed them the sizzle reel, this Apple executive said, “Gentleman. I only have one regret.” And I was like, “What?” And he goes, “I wish Steve Jobs was here to hear this pitch.” That was pretty awesome to hear.

D: Apple has not outright said exactly what they are looking for in a docuseries, so how did you know you were a “natural fit”?

MW: I just associate Apple with quality and with emotion and with stories that have an international appeal. They want shows that appeal to a lot of different people. And I thought that’s what we had and they agreed. I'm not trying to make it sound like it was easy. It was 2017 and everybody was going to Apple to pitch. The day we went in it felt like there were a hundred people in there pitching.

D: How did you chose the nine homes and homeowners featured in the series?

MW: It was very difficult and it took a long time because we had to fill a lot of criteria. I mean, the homes had to be spectacular, and I don’t mean in a grandiose way. One of our homes is a 300-square-foot apartment in Hong Kong. I’m talking about the right type architecturally. We also wanted to make sure too that the home and the homeowners had an impact on the community. How are these homes affecting the world around them and the people around them? That was actually something that Apple brought to the table. And then you have to remember that we weren’t going after people looking to be reality stars. They didn't build these homes to get press or attention. So I'd say more than half of the people we approached were very reluctant and probably only came on because of Apple, as well as some of the credits from some of the producers. In all, it took about two years to cast.

DOUG PRAY: This was never meant to be a “show-off-the-home” series—it was about thinking deeply about how we live. In each episode, we were portraying homeowners who were innovative about what they had to work with, what was right there in front of them. They weren’t running away to build a mansion in the mountains or importing materials from far away. They were recommitting to the land, native resources, and the maximum potential of what they can do with their homes. For example, Gary Chang, in Hong Kong, has lived in the same apartment for 30 years, but completely transformed it dozens of times, pushing the limits as far as possible of how one can live in a tiny urban apartment. Chris Brown and Agustina Rodriguez, at their “Edgeland Home,” didn’t run away from a notoriously toxic waste site in East Austin; instead they committed to rejuvenating it. Not just restoring the land but bringing out its wildest, native potential. Anders and Rosemary Solvarm, in Sweden, faced extreme weather and needing to care for their autistic son; but with the spark of an idea, he turned his traditional log cabin into a “Naturhus” that fully recycles its waste, and in doing so, spawned a whole movement incorporating greenhouses in and around homes. Anupama Kundoo, building her “Wall House” in India, invested in her community by employing local craftspeople and celebrating skills that had been in use for centuries. Artist Theaster Gates’ rejuvenated buildings have helped transform a formerly blighted neighborhood in Chicago. David Hertz’s “Xanadu” home in Malibu is all about creative recycling. Personally, I found it inspiring, the way all of these people committed to their locations, chose a more difficult path, and created profoundly beautiful results.

D: Doug, you directed two episodes of Home—“Naturhus” and “Edgeland House.” Both look beautiful. How did you determine the aesthetic for each episode?

DP: The aesthetic for these two episodes is reflective of the aesthetic of the entire series, which was partly established in the first episodes (“Domestic Transformer” and “Sharma Springs”) by cinematographer Will Basanta. He and some others on the team had worked on Chef’s Table as well, so they brought a similar love of detail and high-end cinematography to the show. Will was the director of photography for Sweden, and Nick Midwig filmed Austin.

D: What was the biggest challenge you faced while directing your two Home episodes?

DP: The challenge of filming a home is that it’s an inanimate object: it doesn’t move, nor is it created in front of us like a dish. But we didn’t want the homes to feel like cold, empty spaces; we wanted to portray the activity of the families inside them, and the environment around them, to make them feel alive. Both the Austin and Sweden episodes are about cohabitation with nature. In “Edgeland House,” homeowner Christopher Brown invites native plants, bugs and animals onto the roof and into his life. In “Naturhus,” Anders and his family live inside a greenhouse, with their garden and its soil. I tried to approach filming these two homes with the perspective of how nature looks and feels from inside the home, and vice versa. 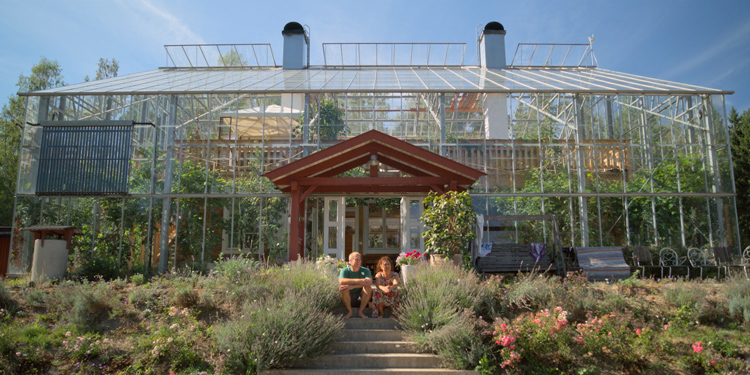 DP: We filmed for approximately eight-to-10 days for each episode, sometimes splitting those days over several shoots. For example, for the Sweden episode we filmed in late summer, and again in the dead of winter. We filmed about 30 hours of footage for each episode.

D: What camera did you use to shoot both episodes and how many cameras were used?

DP: We used RED cameras with the finest lenses. Sometimes we filmed handheld documentary coverage. For example, filming the Solvarm family eating dinner in “Naturhus” or shooting from a canoe as [participants] Chris Brown and Agi Rodriguez paddled up the Colorado River in East Austin. We used a Steadicam for smooth walk-through perspectives inside the houses, and a crane to swing closely over the rooftops of the homes and look down into them in a controlled way.

D: How large was the crew for each episode?

D: Did you establish a mandated format/tone for each show or did you convey how to replicate a specific format/tone to your fellow Home directors so each episode would feel connected to each other? If so, what was the format/tone you were looking for?

DP: The greatest difficulty, by far, was in the editorial process. Trying to balance information about the home vs. the story of the homeowner. If each episode were only a character study, viewers would wonder why the series is called Home, and would want to learn a lot more about the house itself.  But if we only focused on the building, it becomes a show only about materials and design elements. Our primary goal, and Apple’s too, was to inspire viewers. To do that, you need to know more than just how a home was built. You need to know the human story of why that home was built: from what drama did their inspiration and ideas came from? And in turn, how did the homes impact their lives afterward? Balancing the personal journeys of the homeowners with the portraits of the homes themselves was a key challenge for all nine episodes.

D: I love that the show is about exquisite homes but also about each homeowner’s unique journey. Was it difficult to capture both the homes and the journey?

DP: Yes. During production, we had to strike a balance between wanting to capture the spontaneity of everyday life within the home, versus the need to shoot painstaking and detailed cinematography of the homes, where a single setup could take hours. We'd be in the middle of filming an elaborate setup of the home with perfect lighting, and all of a sudden a “documentary moment” would happen with the family in the kitchen, so we'd have to grab the camera and run in to capture it. Or we'd be in the middle of an interview, and the sunlight would start pirouetting through the windows and we'd stop to quickly run and get that shot, because we’d been waiting all week for it.

D: What are you hoping audiences walk away from Home feeling or thinking?

MW: It’s ironic that Home is coming out right now when three quarters of the world are at home. I think one of the things that we want people to take away is that it's very aspirational. We just think there are a lot of things that people can take from the show and bring to not only to their own homes but their own family.

Addie Morfoot has been covering the entertainment industry for the last 15 years. Her work has appeared in Variety, The New York Times Magazine, Crain's New York Business, The Wall Street Journal, the Los Angeles Times, Documentary and Adweek.

END_OF_DOCUMENT_TOKEN_TO_BE_REPLACED

Making the Most of a Web Series