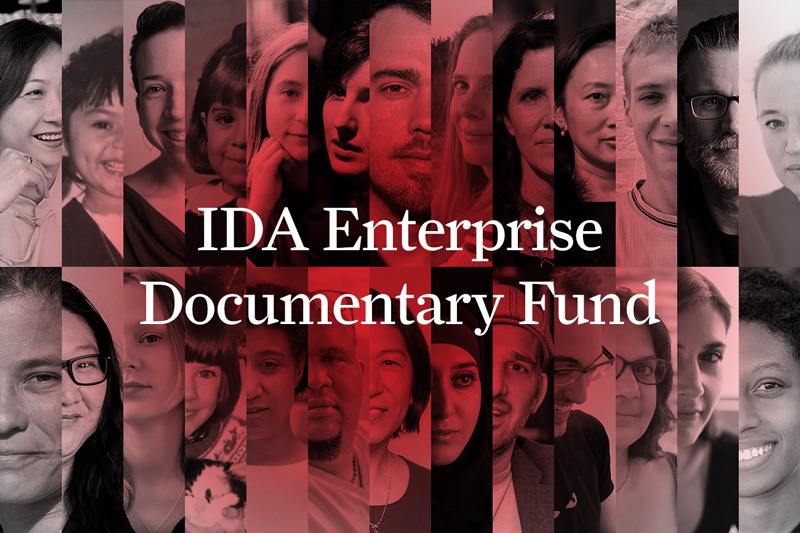 “If the past two years have taught us anything, it’s that there is a lot at stake for our communities. This year’s Enterprise grantees are helping us find the light in these very dark times through their bold and courageous films. It is an honor to support them in telling these urgent stories,” said Poh Si Teng, Director of IDA Funds and the Enterprise Program.

Since 2017, the IDA Enterprise Documentary Fund, with major support from the John D. and Catherine T. MacArthur Foundation, has awarded $4.5 million in filmmaker grants through its Enterprise programs. Previous awardees include Welcome to Chechnya, A Thousand Cuts, Knock Down the House and One Child Nation.

“MacArthur is proud to support the IDA Enterprise Documentary Fund to continue the Foundation’s legacy of supporting social issue documentary films. The IDA’s choices in this round truly reflect the moment in which we are living. We hope to see these films and filmmakers catapulted to new heights by this investment,” said Kathy Im, director of the journalism and media program at MacArthur.

In addition to fiscal support, grantees will receive resources and expertise through IDA and its partners Reporters Committee for Freedom of the Press, the UCLA Documentary Film Legal Clinic, and Freelance Investigative Reporters and Editors.

They wrote in a statement, “Even amid a pandemic that has upended our lives, documentary filmmakers remain committed to films that shed light on the vital stories of our time. These IDA Enterprise grantees grabbed us with their riveting stories, journalistic rigor, attention to ethics, and creative approaches to documentary filmmaking.”

Support for diverse makers is at the heart of IDA’s grantmaking programs. In this round of grants, nine of the 10 projects are directed and/or produced by a woman. And seven have a BIPOC director and/or producer. In addition, three directors and/or producers identify as LGBTQ and four identify as living with disabilities. They will be convening at the Double Exposure Film Festival from October 13 to 17.

The next application period for the Fund opens Winter 2022; for more information visit documentary.org/enterprise.