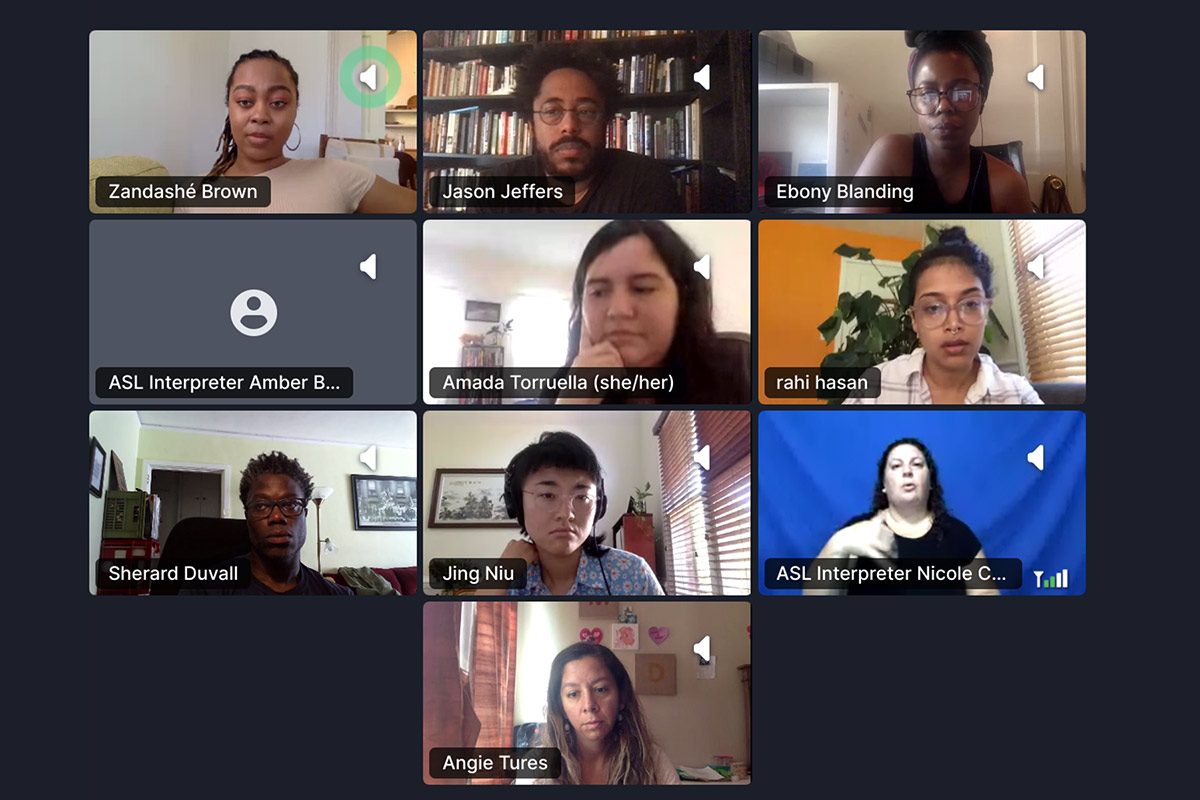 On Day 3 of Getting Real ‘20, we joined the breakout session “Counteracting Extractive Storytelling In The American South And In Global Communities Of Color.” Members of the collective Indie Media Arts South (IMAS) discussed storytelling priorities in the Southern region including regionally specific programming, curating practices, and achieving authenticity and agency in filmmaking.

Here are four key takeaways from the session:

Stories must come from the communities themselves

Torruella shared this quote from filmmaker Adria Byrd, which speaks to the work of Indie Media Arts South: "Listen to the people and the community and the work you are trying to help with, instead of going in with your own preconceived notions about what needs to be done and what needs to be funded."

Brown later added, “We [filmmakers] want to say to people that are out there listening, When you trust Southern storytellers, you are going to get a world of understanding of what this region is and who the people are that live here that you won't otherwise have access to because we know how to do it.” Communities must be the leaders in telling their own stories.

Funders must support local and regional talent with long term programs, as well understand the nuance of communities within the South when it comes to funding

Brown discussed the importance of long-term programs like the New Orleans Film Sociey’s Emerging Voices program for writers and directors of color based in Louisiana, and its Southern Producers Lab, which is more generally open to filmmakers in the Southern region (as defined by the US Census). In addition to these types of mentoring programs, Brown called for financial support for filmmakers, as many struggle with sustaining themselves as well as their art.

Funders must acknowledge  that these types of programs need to be funded long-term, as many organizations have long-term goals in mind. Jeffers later added that funders must also understand the nuance of community in the South, as many regions have complicated histories, which can present a challenge in explaining the work that comes out of these regions. . However, it is crucial to articulate these histories to funders, as it is a disservice to merely streamline and tidy up these histories to accommodate the apparent needs of funders.

Community partnerships are crucial in creating support networks for creators

As Brown stated, “We are all stronger through our community partnerships, especially when we take a look at our values and the people we want to serve. We are much more able to do that working with one another… [when broadening partnerships]. That is when [filmmakers] are able to reach and affect communit[ies] in larger ways.”

This can clearly be seen in the work of the Undocumented Filmmakers Collective. As Hasan stated, “[creators] need inspiration to create work…[and to see] your community creating work, or be able to be in the same space or talk through ideas.” Without this community, it can be isolating or difficult to begin or complete a project. Groups like the Undocumented Filmmakers Collective give this needed community and support to those who may otherwise lack it.

Torruella further explained that in the South, there are often rural areas and pockets of support. It is critical that cultural workers establish relationships with everybody in the community, so people know that they are not in isolation. She shared a quote from a New Orleans Film Society South Summit report: “Intersectionality is key to responsible storytelling. Understanding that our identities don't exist in isolation from one another and there are many different stories to tell about every community.".

Funders, festivals, and distribution curatorial systems need to partner with the communities where the stories originate

This is especially important, stated Hasan, as it is common for people who are not part of communities to tell the story of said communities. Often these people create harmful narratives that then have a direct political impact on those very communities. Instead, Hasan explains, “There is a crucial need for storytellers to connect with movement organizers in organizations that are doing the organizing.” According to Hasan, this also means that “Organizations that are using storytelling as a tool to support the community and storytellers definitely need to check in with organizers to make sure the narrative is authentic and accurate.”

Jeffers added that this work reveals the various ways different groups across the region are connected as “interconnected networks under the earth.” These connections will eventually lead to a future documentary ecosystem immune from  extractive documentary filmmaking, with communities owning  their narratives from the American South to the global South.

A resources document from the breakout can be found here.

END_OF_DOCUMENT_TOKEN_TO_BE_REPLACED 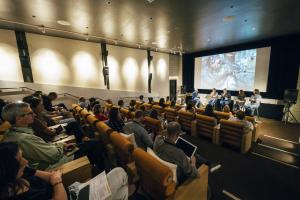 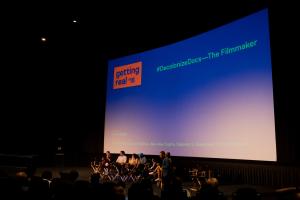 Nov. 1, 2019Feature
#DecolonizeDocs: A Check-in a Year after the Getting Real Sessions
Read More 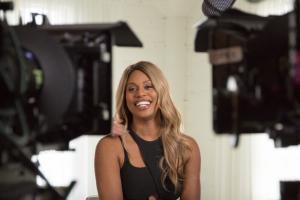 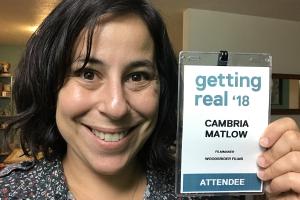 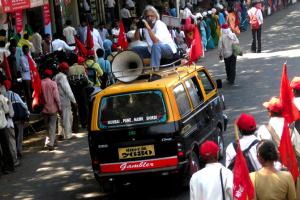 Sep. 19, 2022Feature
Anand Patwardhan Will Not Give Up Hope
Read More 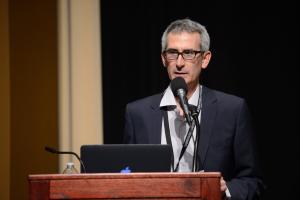