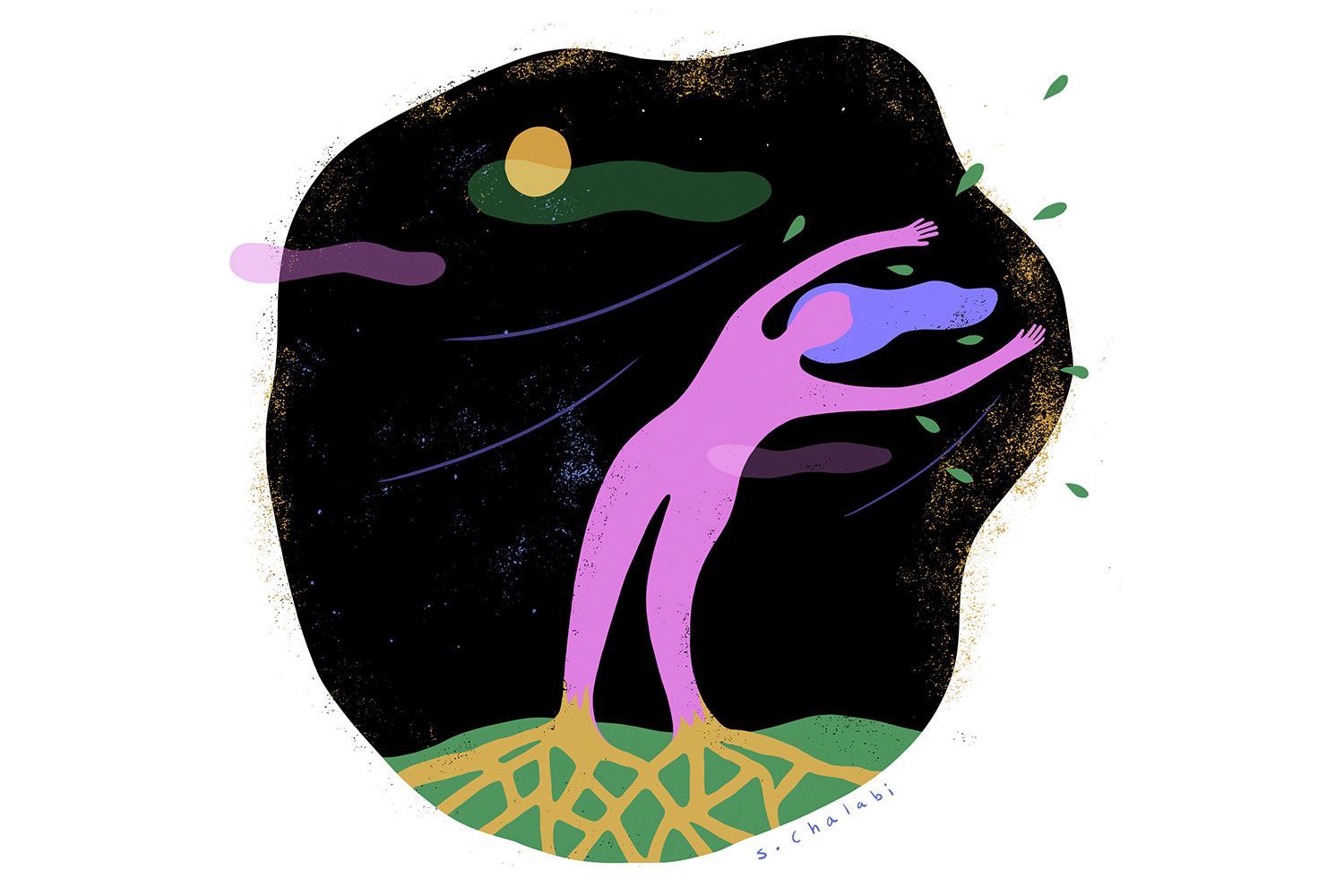 The documentary industry is hurtling towards transformation. The convergence of a pandemic that has destabilized the industry with endemic racism that has made visible inequities across the field has many calling for a radical reimagining, even a decolonization, of documentary. This reimagining aims to unearth the colonial roots of a form that employed extractive (sometimes nonconsensual) filmmaking, where filmmakers from outside of a community treat its stories as resources to be culled for entertaining or educational fare, rather than the community's benefit. Efforts to share power with or shift power to communities being documented and diverse filmmakers are finally gaining traction.

Yet while reform measures rightly focus on addressing the lack of accountability, unequal power dynamics in the field, and demand for representation and narrative sovereignty, most frameworks do not explicitly address the environmental impacts of the industry.

In our pre-COVID-19 reality, filmmakers explored stories that attracted their attention, traveled to interview people at the center of the stories, attended conferences and pitch meetings to increase their prospects of raising funds, returned home to edit and finish the film, then toured their work at film festivals nationally and internationally before the film was seen on television or a streaming platform. The modern filmmaker is wise to acquire frequent-flyer accounts on multiple airlines to sustain a career. This trajectory historically disadvantages filmmakers from lesser financial means and from regions outside of coastal metropolitan cities. The disproportionate transmission rate of COVID-19 within communities of color has magnified this disadvantage.

And though the field has a rich legacy of place-based filmmaking, the reality is that the industry rewards filmmakers who travel outside of their cities to tell stories of major events, notable figures, or vulnerable people experiencing crises. Not unlike local journalists, filmmakers who begin their careers documenting local stories may feel pressure to “level up” and pursue stories of national or international significance. There is a perceived industry bias against supposedly small or local stories—a bias exacerbated by the increasing dominance of streaming platforms and cable outlets seeking nonfiction content with broad, commercial appeal.

To be sure, a reliance on air travel is not uncommon for artists of all mediums to establish themselves on the national arts scene. Yet when it shows up in nonfiction, this pressure widens the distance between documentor and documented. And in a field that lacks guiding principles around ethical and accountable filmmaking, this race to gain access to captivating stories, no matter the location, can quickly lead to drive-by filmmaking. Not only do the filmmakers return to their home cities immediately after shooting, out of financial necessity or desire, but they take with them their films, which are shared more frequently in other communities outside of the one where the story originated.What has become clear is that while industry norms may produce exciting content, ultimately they do not serve diverse artists, the communities at the center of nonfiction stories, or the environment.

It is evident to most now that racial and gender equity must be baked into the recalibration of the field. But how can we apply justice models that address climate impacts? Consider the Just Transition framework, which the Climate Justice Alliance defines as a “vision-led, unifying and place-based set of principles, processes, and practices that build economic and political power to shift from an extractive economy to a regenerative economy.” When applied to documentary filmmaking, this framework maps a path from extractive to accountable storytelling, from investment in national audiences and institutions to local audiences and community-based institutions.

This moment is ripe for a “Just Filmmaking” model that is at once ethical and economically and environmentally sustainable. We need an industry that incentivizes a direct connection between producer and consumer, that brokers fair wages for producers and fair prices for audiences, that invigorates local creative economies, partners with organizations that scaffold communities, and reinvests in the populations that source nonfiction stories. We need a just filmmaking industry that resists the capitalist impulse to produce films at a scale and pace that threaten the well-being of the film crew and the environment. That encourages quality over quantity. That allows filmmakers to move, as Adrienne Maree Brown implores, “at the speed of trust,” inviting film protagonists to fully engage with the process of storytelling. This new praxis encourages storytellers to look inward—to their own histories, families and communities—and examine local sources of power, talent and courage for potential stories.

Just Filmmaking celebrates the nuance and insight that emerges from local storytelling, rather than hiding behind notions of objective distance. It positions the entire process of storytelling and story-sharing as a practice of deep democracy in which filmmakers are active participants, not neutral observers. A Just Filmmaking praxis values documented communities as primary, not secondary, audiences and sets the table for a kind of locavore film movement, where stories and engagement strategies are informed by local communities who have the greatest stake in their accuracy and impact.

Filmmakers examining social issues may take a clear position or simply see their artistic work as part of the cultural and economic ecosystem in their community. Either way, their physical proximity to the story will compel a level of accountability that might otherwise be avoided. And with metropolitan filmmakers focused on stories within their communities, new voices from underrepresented regions can step into the spotlight, animating the creative biodiversity of our national filmmaking.

Wanderlust and a voracious curiosity will always inspire artistic creation, and in time the industry may return to its default norms. But the forced pause in air travel and a reimagining of the form implores us to embrace an ethos shaped by intersectional justice movements. A principled, accountable, sustainable, place-based practice: a Just Filmmaking.

Sonya Childress is a Senior Fellow with the Perspective Fund, which partners with and funds impact-driven mediamakers and campaigns, where she advances accountable, equitable, and ethical practices within the documentary landscape through research, writing, and field-building efforts.

END_OF_DOCUMENT_TOKEN_TO_BE_REPLACED

A Call for Ethical Infrastructures in the Documentary Industry