The Hottest Docs at Hot Docs 2018? Check Out the 'Mid-Length and International' Strand

By Daniel and Marc Glassman

We'd like to open our report on Hot Docs with a discussion of the festival’s acclaimed Forum, a must-attend event for the gatekeepers of the global documentary industry. But we can't. You see, every winner at the two-day Forum has been press-embargoed.

This much we can say: we agree with the selection of Case 993 as the big winner. Of the other pitches—the ones not embargoed—we’re looking forward to seeing the eventual films made by Brett Story and Liz Marshall. Story’s project, The Hottest August, was shot in 2017 in New York City, and deals with racism, rising real estate prices and climate change in the middle of a heat wave. Marshall’s proposal for Meat the Future also struck a chord with us; it examines the rise of "clean meat," grown from stem cells, which won't kill animals.

Of course, we understand that the Forum is set up for industry professionals, and the media is there as an afterthought. We're glad to get access if only to praise such calm and efficient moderators as Louise Rosen and the IDA’s Simon Kilmurry, as well as such informed participants as PBS' Marie Nelson, who won the prize as the best commentator on projects, and Knowledge's Murray Battle. Kudos should go, as always, to Forum Producer Dorota Lech, who does a thoroughly professional job, as well as the Industry Programs Director Elizabeth Radshaw.

As for the films themselves, from Daniel's perspective, they're the usual mixed bag of social and political issue docs, bios, wildlife and artist profiles. The beauty of documentaries is that they're always about something of interest, so even if they aren't aesthetically fascinating, they can still be worthwhile and attractive to a public. The downside is that if you're looking for cutting-edge docs that challenge the form, then Hot Docs might not necessarily satisfy your itch.

A week before Hot Docs opened, I attended a lecture on documentary by London, UK-based scholar/critic/educator Erika Balsom, hosted by Toronto's Images Festival. It was a theory-heavy talk about the way in which the idea of truth in documentary film has been grappled with, elided and even denied at various times, in various ways, by various people. Balsom spoke about the documentary turn in contemporary art and the ways in which it has cross-pollinated with documentary film, reinvigorating the technique of observation, one that recognizes its limits as hard evidence, but can be used creatively within those limits.

Shortly after that lecture, I started diving into Hot Docs screeners. It's hard to overstate the dissonance between Balsom's invigorating talk and the first few run-of-the-mill docs I watched. In a way, it's yet another case of the ivory tower being out of touch with the way things are actually done, but in this case, I side with the academy. Documentary film in the 21st century seems to have fallen victim to end-of-history-itis, where the aesthetic and epistemic problems that invigorated it from its inception—whether you consider that to be with the birth of cinema, with Grierson’s original formulation in the 1920s, or with the beginning of the genre's aesthetic maturity in the 1960s—are ignored by all but an "artsy" fringe in favor of either a mess of archival footage and talking heads or a naïve vérité.

In light of that talk and the documentaries I saw at Images, I say this: Hot Docs is North America's largest documentary festival, but even with over 200 films from Canada and around the world, it has blind spots. Maybe it's because it has to compete with Sundance and Berlin for high-profile premieres. Maybe it's the festival's setting in resolutely middlebrow Toronto. Whatever it is, it takes several scrolls through the festival's catalogue to find the 12 or 15 movies that sound really interesting.

For instance, Hot Docs has given the odd "Mid-Length and International" mandate to Charlotte Selb, formerly of RIDM (Montreal Documentary Festival), and she has run with it, programming visionary hour-long-ish movies like Evangelina Kranioti's Obscuro Barroco, Clément Cogitore's Braguino and Mladen Kovacevic's 4 Years in 10 Minutes, as well as auteurist features like Sergei Loznitsa's Victory Day. These are, I guess, "festival films," unlikely to gain wide release or show up on TV, but ensured of healthy runs at doc festivals from the big—IDFA, Cinéma du Réel—to the smaller, more boutique—Frames of Representation, True/False.

And these films are great. Obscuro Barroco is a hallucinatory, confrontational city symphony about Rio during Carnival, with a voiceover derived from the writing of Clarice Lispector. Braguino is an immersion into a failed ecological utopia in deep Siberia, alternately ecstatic, wryly funny and unnerving. 4 Years in 10 Minutes reconstructs a perilous trip up Mount Everest using amateur footage shot by the climbers themselves, reflecting obliquely on the contemporary cult of achievement. And Victory Day, which documents the annual celebration in Berlin’s Treptower Park of the Soviet victory in World War II, is a worthy entry in the oeuvre of a great documentary artist—not quite as accomplished as Loznitsa’s previous works, Maidan and Austerlitz, but no less keenly attuned to the director's ongoing fascinations with the unknowable crowd and the circuitous routes of history. 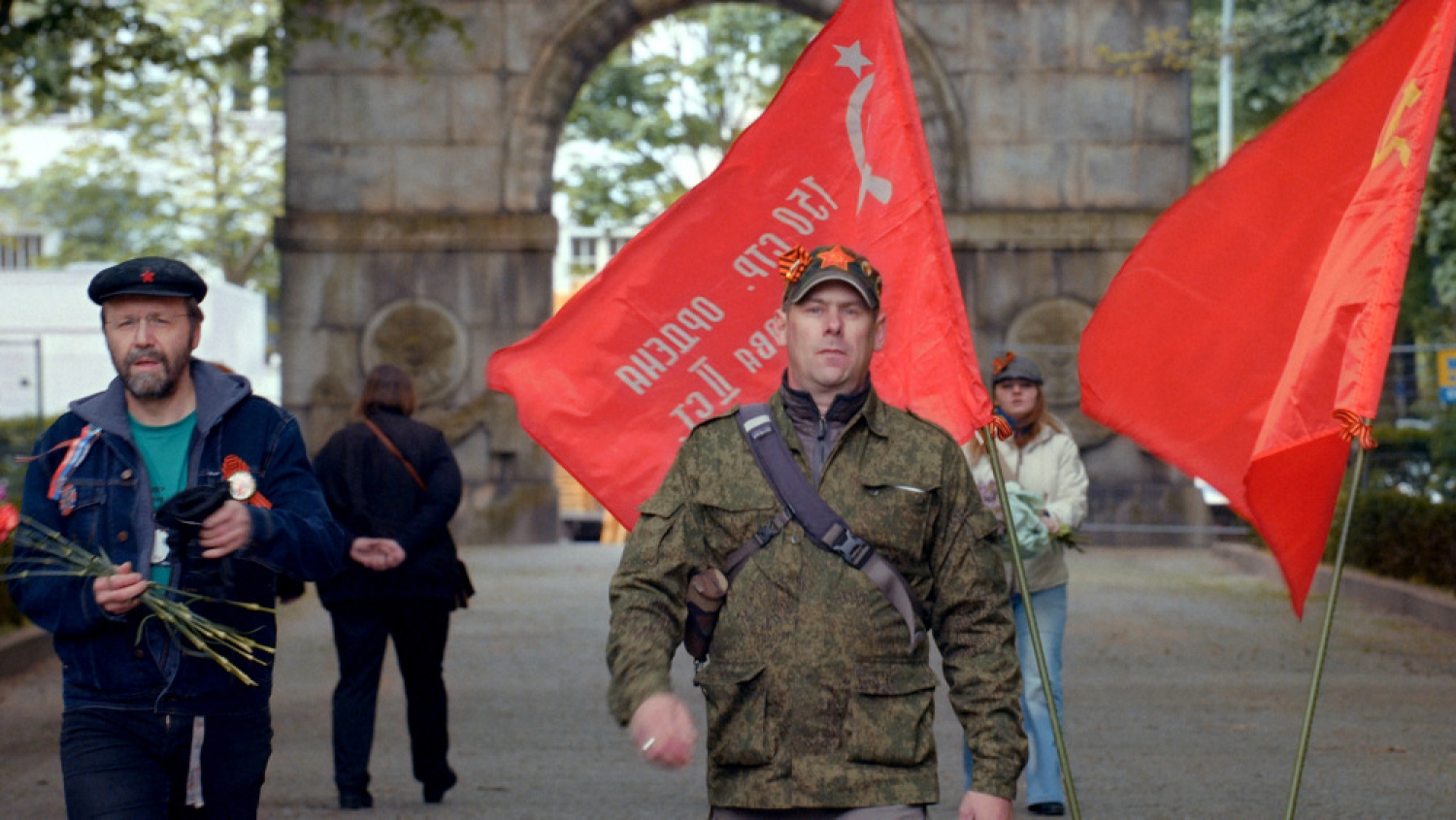 A few other excellent films worthy of mention are Jean-François Caissy's First Stripes, a deadpan-minimalist study of basic training in the Canadian military; Simon Lereng Wilmont's The Distant Barking of Dogs, which powerfully evokes the conflict in eastern Ukraine through the eyes of a young boy; and Dieudo Hamadi's Kinshasa Makambo, a street-level view of fruitless political struggles in the Democratic Republic of Congo, along the lines of Jehane Noujaim's The Square.

But the best of the lot was Robert Greene's Bisbee ’17. Greene's interest in performance—really, the slippage between performance and reality— has informed all of his work to date, including recent festival hits Actress, about the midlife crisis of actress Brandy Burre from The Wire, and Kate Plays Christine, about the process of reconstructing the final days of Florida TV personality Christine Chubbuck, who killed herself live on air. Bisbee '17 pursues that interest further, getting out of strictly personal territory and into questions of politics and history.

Structured similarly to Kate Plays Christine (and Joshua Oppenheimer's seminal The Act of Killing, for that matter), Bisbee ’17 tracks the process of reconstructing a historical event—in this case, a tragedy from a century ago in which striking IWW copper miners in Bisbee, Arizona, many of them immigrants from Mexico or eastern Europe, were forced onto trains at gunpoint by thousands of their deputized co-workers and sent over the border into New Mexico, where they were unceremoniously abandoned and left to perish in the desert heat.

Bisbee '17's investigation of the event centers on the ways in which it is and is not remembered now. We are told that for decades it was a taboo subject, but Greene finds subjects willing to talk about it, who show him photos from the time and talk about how, for instance, their grandfather deported their great uncle. Others, like a young gay Mexican man, don't know the history at all, but, in learning about it through the process of reconstruction under Greene's direction, come to a newfound political awareness, singing "Solidarity Forever" incessantly. The whole thing is smartly contrasted with hokey historical reenactments at nearby Tombstone, site of the OK Corral, from which Greene poaches an actor for his own project. 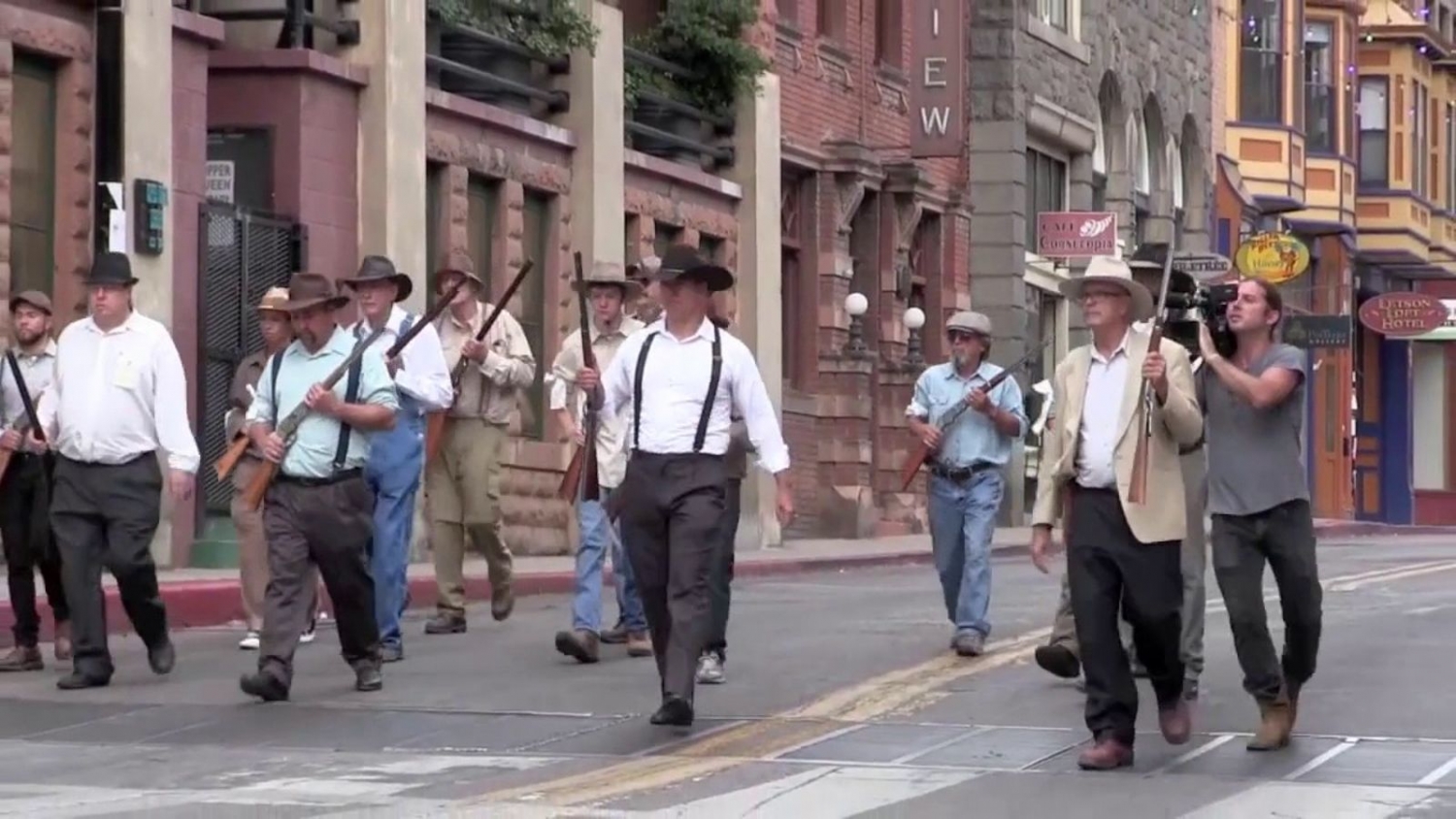 Over the course of reconstructing this strange, forgotten story in an unassuming border town, Greene obliquely comes around to arguably the most pressing political question of today, or any day: the myriad ways in which the working class is divided against itself.

Bisbee '17 is the best of both worlds. It's an unapologetically smart and aesthetically rigorous documentary that grapples seriously with the central problems of the form without sacrificing accessibility.

Daniel's opinions certainly reflect that of the academy and those who are tied to the idea that the documentary form needs to be reinvigorated. Although Marc’s attitudes are far less extreme, the Glassmans do agree that Bisbee '17 was the most amazing film at Hot Docs: bold, political and genre-busting.

It's true that the winners at Hot Docs reflect the wisdom of a programming team that hews a populist path. Films with simpler structures can be more emotionally appealing, while making points that are quite political and social. Michael del Monte's Transformer, a biopic about a father and bodybuilder, who is transitioning from man to woman, won both the $50,000 Rogers Audience Award and the Emerging Canadian Filmmaker Prize and is clearly a humanist progressive film in the best tradition of documentaries. Similarly, Yuqi Kang's lovely A Little Wisdom, which won the Best Canadian Feature prize, is an engaging look at Buddhism through the eyes of a very young boy in Nepal.

Marc Glassman is the editor of the Canadian documentary magazine POV and an adjunct professor in the Documentary Media program at Ryerson University. He reviews films every week for the Toronto radio station Classical 96.3FM and is the artistic director of the literary event program Pages UnBound.

Daniel Glassman is a Toronto-based writer on film and music.