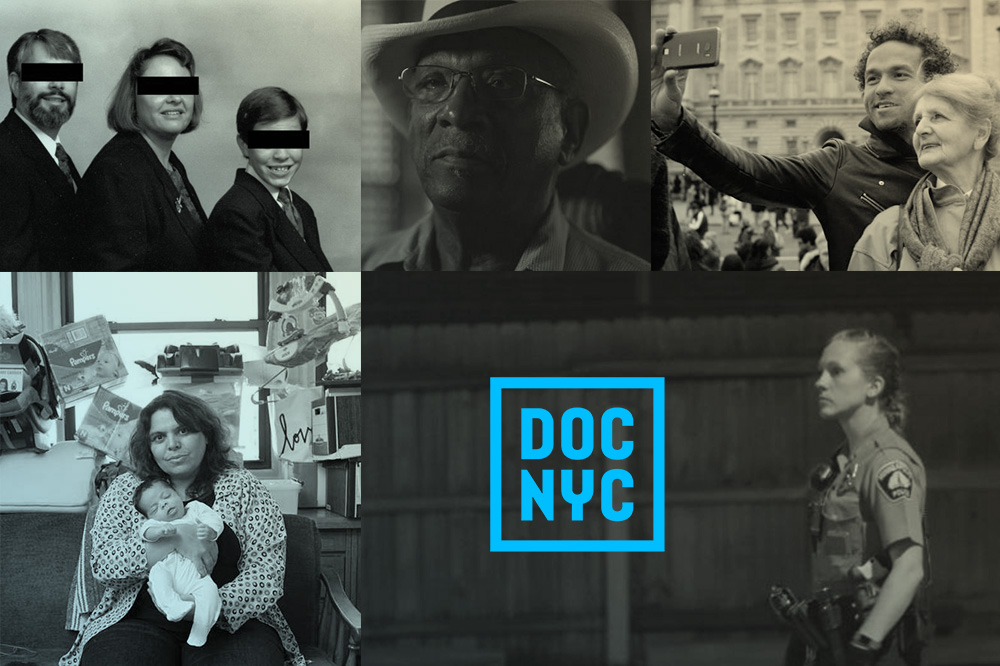 Are you joining us DOC NYC this year? This year's virtual festival features over 200 films from November 11-19, and there are plenty of films made by creators in the IDA family to catch. Check out the IDA-supported titles at DOC NYC this year, including IDA Enterprise Documentary Fund and Pare Lorentz Documentary Fund grantees, fiscally sponsored projects and DocuClub alumnus.

After the Minneapolis Police department appoints its first female chief, three female officers, each from different walks of life, must cope with the interdepartmental politics of this landmark change. When Chief Janee Harteau is forced to step down, the film explores the tenuous proposition of achieving gender equality within an ethically questionable institution.

Millions of American Evangelicals are praying for the State of Israel. Among them are the Binghams, a dynasty of Kentucky pastors, and their Evangelical congregants in an impoverished coal-mining town. They donate sacrificially to Israel’s foremost philanthropic organization because they fervently believe the Jews are crucial to Jesus’s return. This film traces this unusual relationship, from rural Kentucky to the halls of government in Washington, through the moving of the American Embassy in Jerusalem and to the annexation plan of the West-Bank.

Through the Night (Loira Limbal)

To make ends meet, Americans are working longer hours across multiple jobs. This modern reality of non-stop work has resulted in an unexpected phenomenon: the flourishing of 24-hour daycare centers. Through the Night is a verité documentary that explores the personal cost of our modern economy through the stories of two working mothers and a child-care provider, whose lives intersect at a 24-hour daycare center.

With startling and unprecedented access, Mayor follows a charismatic leader's quest to build the city of the future in a land paralyzed by its past. David Osit’s compelling film offers a portrait of Musa Hadid, the affable mayor of Ramallah, the historically Christian city that serves as the administrative center of Palestine. Hadid has day-to-day concerns to handle, from increasing tourism to planning the annual Christmas celebrations, but the darker realities of life under occupation are never too far away.

Enemies of the State (Sonia Kennebeck)

Enemies of the State investigates the strange case of Anonymous hacktivist Matt DeHart and his claims of persecution by the US government. He and his parents fled the US to seek asylum in Canada after law enforcement brought charges against him for child pornography. DeHart counters that he’s being framed, targeted for his support of Wikileaks, and that he was tortured in a US prison. Unfolding like an espionage mystery, the film follows a multiyear quest for truth, with unexpected twists and turns until the very end.

An intimate and lyrical portrait of trauma, resilience, and resistance in Puerto Rico at a time when economic, political and ecological forces post-Hurricane María have created a breeding ground for new predatory colonial practices. Told through the experiences of a close-knit community of hopeful and politicized people and through the encounters with cryptocurrency traders, luxury real estate developers, and newcomers flooding the island, Cecilia Aldarondo’s film raises vital questions about identity, survival and recolonization.

A former Marine and a public school teacher in two different states find themselves broke and unable to sustain their livelihoods through their jobs. Activated by the energy of the 2016 Sanders presidential campaign and the murmurs of a state-wide teacher strike, both turn to socialism, a once-fringe ideology, to tackle problems larger than themselves. The Big Scary "S" Word delves into the rich history of the American socialist movement and journeys with the people striving to build a socialist future today.

In the 1980s, Corey Pegues found himself embroiled in a life of crime as a member of New York’s City’s infamous Supreme Team gang. After an incident forces Pegues away from the streets, he unexpectedly emerges as a rising star in the NYPD, his past unknown to his fellow officers. A decorated 21-year police career is threatened when his political stances and revelations about his former life cause strife within the police community.

A Crime on the Bayou (Nancy Buirski)

Filmmaker Nancy Buirski tells the story of a lasting bond formed between an unjustly arrested Black man, Gary Duncan, and Richard Sobol, his young Jewish attorney. In 1966, 19-year-old Duncan faced the white supremacist court system in Plaquemines Parish, Louisiana, for daring to touch a white boy’s arm. Standing united, the pair took Duncan’s case all the way to the US Supreme Court to fight for the rights of all Americans to a fair trial.

For The Love Of Rutland (Jennifer Maytorena Taylor)

Rutland, Vermont, once a prosperous American town, is now ravaged by drugs, poverty, and a diminishing population. When the mayor attempts to welcome 100 Syrian refugees, communal discord erupts over resources and civic priorities. In all the noise, one woman stands apart. Stacie, a single mom struggling with sobriety and the demands of her family, takes time to meet her new neighbors. Despite all her hardships, Stacie’s determination and empathy for others is a deeply inspirational story.

After working every day of her life to support her two kids on one paycheck, an immigrant mother is abruptly fired from her job at the age of 75. As she struggles to find new work to support herself, her son decides to repay her sacrifices by taking her on a bucket-list journey to do all of the things she was never able to do while she was working. From milking cows on a farm in Vermont to taking a hip-hop dance class to going to the gravesite of her sister, the pair unpacks the significance behind each of her bucket-list choices.

Lord Timothy Bell, founder of the infamous public relations firm Bell Pottinger, rose to prominence from the advertising world to handle PR for political clients ranging from the controversial to the openly amoral. After decades of using weaponized media to influence elections—and subvert democracy—in the United Kingdom, Pinochet’s Chile and beyond, a new client contributes to Bell’s dramatic downfall. Offering sharp insight into how much our perceptions are shaped by outside forces, filmmakers Diana Neille and Richard Poplak have crafted a disturbing investigation into the politicization of modern communication.

Far from the politicians in Washington, DC wrangling over immigration policy, there is a place where people are dying. Welcome to Brooks County, Texas, population 4,981. For migrants determined to travel from Latin America to the United States—many fleeing violence and starvation—the most popular route leads through this poor town located 70 miles north of the border. The route is also the deadliest: it is blocked by an interior immigration checkpoint, a military-style barricade that diverts migrants into the harsh desert terrain surrounding it.

Emerging as a distinctive voice in the East Village art scene of the 1980s, David Wojnarowicz combined a variety of disciplines, from painting and photography to music and writing, in his artistic practice. Fiercely and unapologetically embracing his queer identity, he rebelled against the growing conservatism of the times, epitomized by the establishment’s callous indifference to the AIDS epidemic, which would claim him in 1992 at the age of 37. Filmmaker Chris McKim has constructed a powerful elegy that recaptures the urgency and passion of Wojnarowicz’s life and art.

The Dilemma of Desire (Maria Finitzo)

The Dilemma of Desire explores the clash between gender politics and the powerful imperatives of female sexual desire, by following two scientists and two artists who are using their work to shatter myths women have been taught about their sexual desire and their bodies. Included are portraits of five who share their stories of what it means to be sexual today. What’s allowed for men, must be allowed for women—that’s where equality starts and is at the heart of The Dilemma of Desire.

Seven months after helping her terminally ill mother die in home-hospice, filmmaker Judith Helfand becomes a “new old” single mother at 50. Overnight, she’s pushed to deal with her “stuff”: 63 boxes of her parents’ heirlooms overwhelming her office-turned-future-baby’s room, the weight her mother had begged her to lose, and the reality of being a half-century older than her daughter.

In Istanbul, stray dogs are an everyday part of the fabric of the community, belonging to no one and everyone at the same time. Among them are the expressive, independent Zeytin; the friendly Nazar; and the shy puppy, Kartal. But the Turkish city is home to human strays as well, as Zeytin and her friends bond with a trio of young Syrian refugees. Elizabeth Lo’s assured feature debut tracks the canines through the city’s streets, capturing their experiences and generating deep empathy without resorting to simple anthropomorphism.

Two Gods follows a Muslim casket maker and body washer in Newark, NJ, who decides to bring two young men under his wing to teach them how to build caskets, wash bodies, and live better lives. Soon they all realize they must rely on each other to beat the streets and live to up the potential they’ve been fighting for. Teacher and students alike learn the meaning of tradition, hard work, and forgiveness through instruction in the ways of traditional Muslim burial.